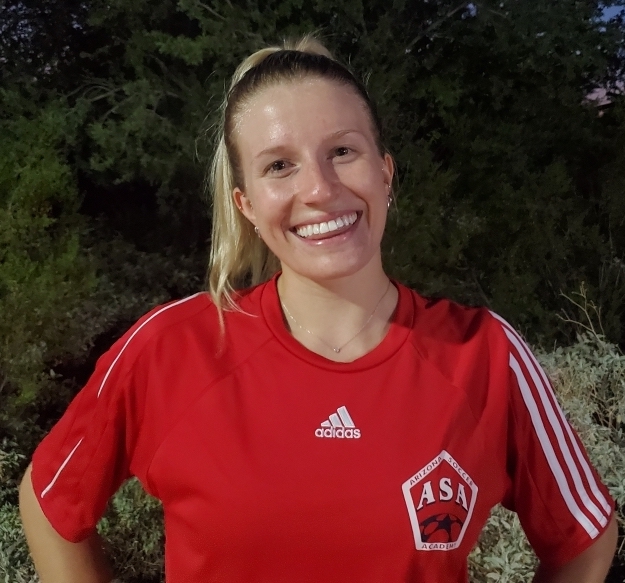 Coach Katy has participated in recreational and competitive soccer since she was five years old and played through her senior year of high school. Katy played as a starting forward on the Saguaro High School girl’s varsity soccer team and had the opportunity to play in the state semi-finals. She is enthusiastic to join ASA, coaching alongside Arizona Soccer Academy’s president, Tamera.